You are here: Home1 / What’s your pest?2 / Carpophilus beetles
Express post delivery to Western Australia may be delayed. Insects and mites will only be despatched to Western Australia on Mondays. Alternative shipping options are available. Contact us by phone (+61 7 4646 2628) or email before placing your order to arrange an alternative freight service. 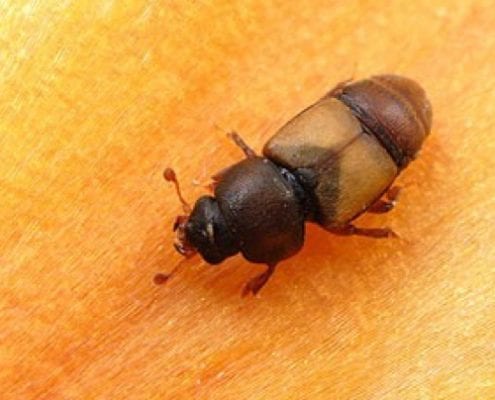 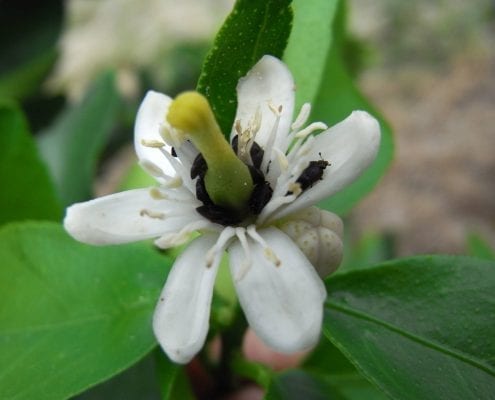 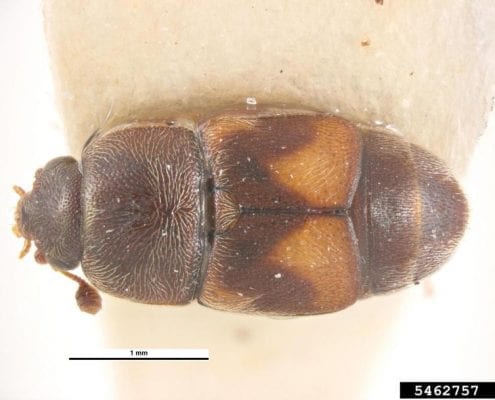 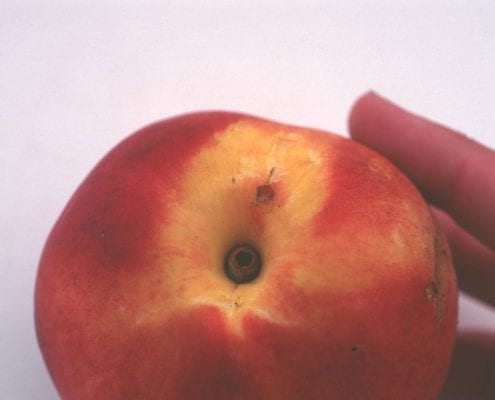 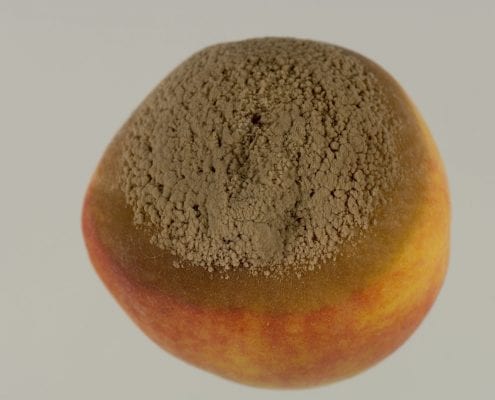 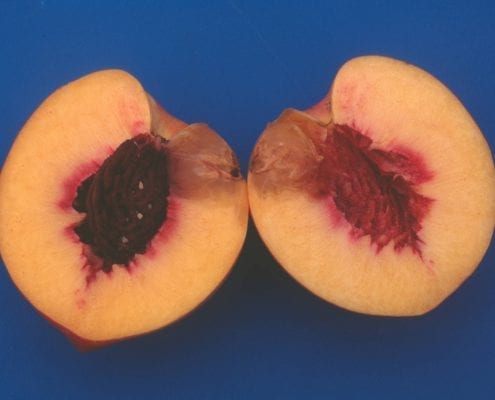 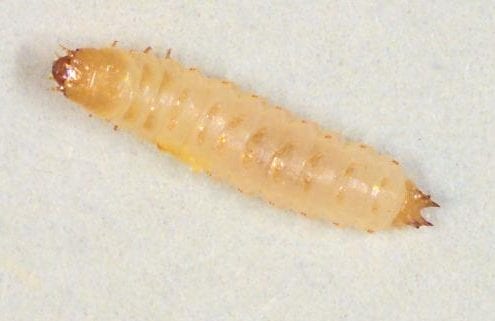 Carpophilus beetles (also known as dried fruit beetles) are a pest of fruits, nuts and grains. They attack a wide variety of hosts including almonds, cherries, strawberries, stone fruit, citrus, apples, pears and figs. At least 12 species of carpophilus beetle occur in Australia, and many more species are recognised as pests worldwide. One species, Carpophilus davidsoni, is particularly aggressive in stone fruit and cherries.

The adult beetles can cause direct feeding damage in almonds, strawberries and ripening stone fruit. The adult beetles are also a major vector of the fungal diseases, including brown rot (Monilinia spp.), in a wide range of host crops.

The adult beetles are about 3mm long. They can be black, brown or mottled yellow. They have short wing covers and clubbed antennae. The larvae, which are yellow with a brown head and forked tail, grow to a length of about 5mm.

The adults lay their eggs in rotting or damaged fruit on the ground and the larvae develop within the fruit. Mature larvae then emerge and pupate in the soil.

There are multiple overlapping generations each year, with adult beetles emerging from the orchard floor or flying in from neighbouring orchards to attack fruit in late spring and summer.

Significant commercial feeding damage occurs in stone fruit, where the beetles burrow into ripening fruit. They enter the fruit either near the stem or through splits and sites of mechanical damage. Carpophilus beetles also cause direct feeding damage in strawberries, almonds and figs. In other crops, such a citrus and apples, only fallen fruit is attacked, so direct feeding damage does not affect yield.

Carpophilus beetles are a major vector of the fungal disease brown rot. As the beetles move through damaged fruit, they pick up brown rot spores on their bodies and then spread them through the orchard. Fruit can become infected with the disease simply by contact (even if the beetle doesn’t feed on the fruit). Carpophilus beetles are strong fliers, able to travel several kilometres in search of hosts, and as such they contribute to the spread of brown rot from orchard to orchard.

Carpophilus beetles are introduced pests in Australia and they have no known natural enemies that contribute to their control.

Good orchard hygiene can contribute to the control of this pest within the orchard. Removal of fallen and damaged fruit reduces availability of breeding sites and helps to break the lifecycle. However, in susceptible crops, good hygiene practices alone do not often provide adequate control.

Chemical control of carpophilus beetle is problematic due to residue issues and the low efficacy of the available chemical products. Insecticides do not give long-term protection. They rely on contact and ingestion and usually only result in population suppression, not control. Broad spectrum insecticides registered for carphophilus beetle are also highly disruptive to beneficial insects and mites and their use typically results in secondary pest-flare (e.g. outbreaks of two-spotted mites).

An attract and kill strategy that draws beetles out of the block is an effective alternative to cover sprays. Approximately six weeks prior to fruit ripening, funnel traps loaded up with an aggregation pheromone, co-attractant and toxicant are placed upwind on the outside of the block. These traps attract and kill adult beetles, protecting the ripening crop and preventing the build-up of a pest population within the orchard. 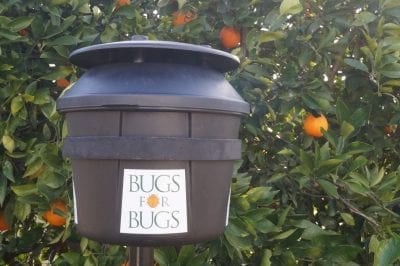 The Carpophilus Catcha Trap Kit contains three traps for use in a carpophilus attract and kill strategy. 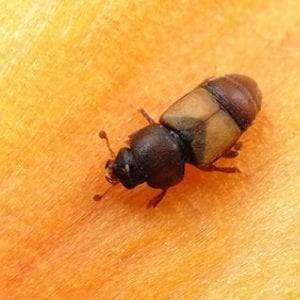