You are here: Home1 / What’s your pest?2 / Fungus gnats & shore flies
Express post delivery to Western Australia may be delayed. Insects and mites will only be despatched to Western Australia on Mondays. Alternative shipping options are available. Contact us by phone (+61 7 4646 2628) or email before placing your order to arrange an alternative freight service. 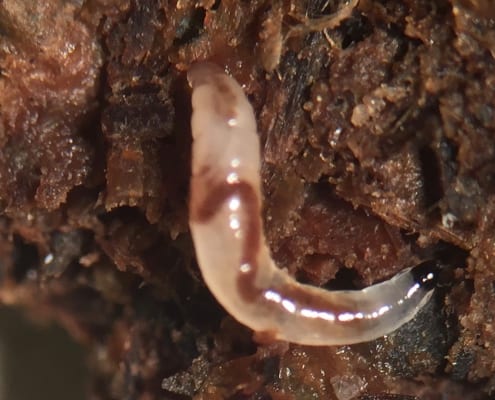 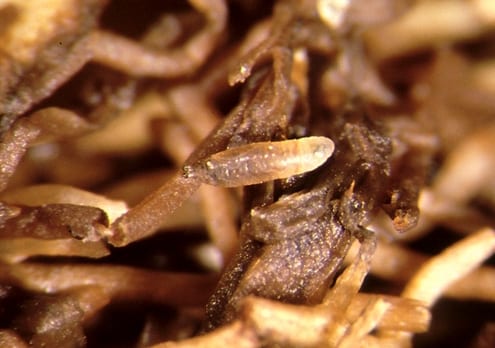 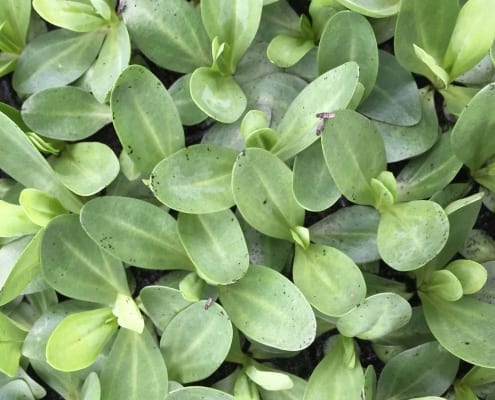 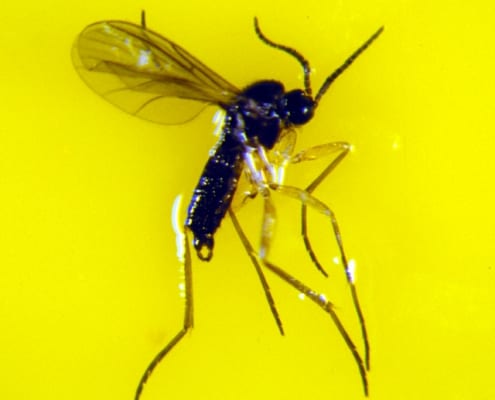 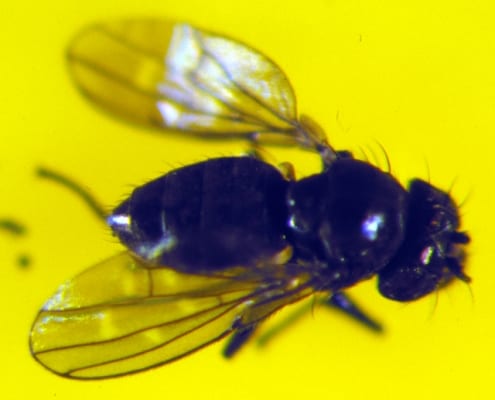 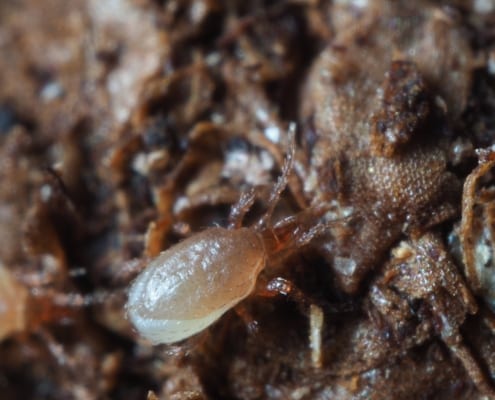 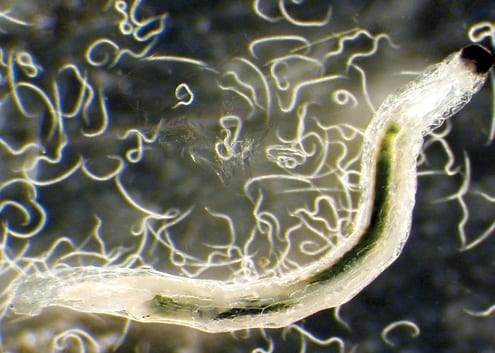 Adult fungus gnats are small (3-4 mm long) black flies that resemble mosquitoes.  They have long legs and long antennae. They are weak fliers and are often seen resting or walking on the surface of the growing media. The larvae are slender white or translucent maggots with a distinct black head capsule. They grow to a length of 6 mm.

Adult shore flies are similar in size to fungus gnats but resemble small houseflies. They have a dark, chunky body with short antennae, short legs and red eyes. They are stronger fliers than fungus gnats. They prefer wetter conditions than fungus gnats and are often found around wet areas on or under benches. Shore fly larvae do not have a head capsule. They are cream or brown coloured and grow to about 6 mm. Both the larvae and pupae of shore flies have a pair of breathing tubes (spiracles) on their hind end.

Fungus gnat larvae live in the growing media and generally feed on decaying organic matter, soil fungi and algae. However, they can also feed on fine roots, root hairs and tender lower stems, causing direct damage to plants. Damage is most extreme in seedlings and young plants, but can also occur in mature plants if numbers are high. Adult fungus gnats can transmit fungal diseases and the wounds produced by the larvae provide entry sites for soil-borne pathogens.

Shore fly larvae are semi-aquatic and feed mainly on algae. They do not normally feed on plants, but they will feed on roots already infected with fungi. Like fungus gnats, adults shore flies can also spread fungal diseases.

Both fungus gnats and shore flies can cause cosmetic damage to ornamental crops because they leave unsightly feacal droppings (flyspecks) on leaves and flowers.

The best management strategy is to prevent these flies from establishing and thriving in the greenhouse. This can be done using a combination of cultural and biological control measures.

Naturally occurring biocontrol agents that are not available commercially (e.g. parasitic wasps) can be found in glasshouses where pesticide use has been reduced.

Hypoaspis miles is a soil-dwelling predatory mite that feeds on the larvae of both fungus gnats and shore flies. 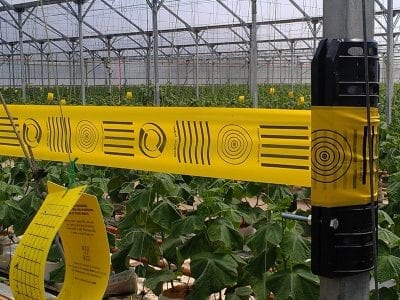 Optiroll Super sticky rolls are specially designed to maximise the capture of flying insect pests. Use ribbon to encircle the perimeter of the growing area or place ribbon along crop rows to mass-trap flying insects. This product is ideal for large area trapping. 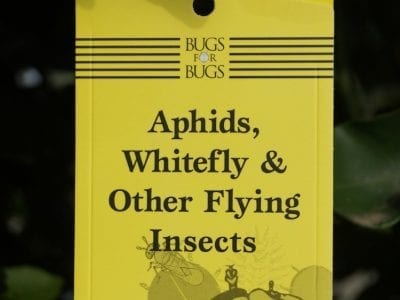 Yellow sticky traps are a useful tool for monitoring populations of adult fungus gnats and other flying insects. 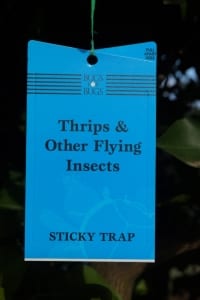 Blue sticky traps are a useful tool for monitoring populations of adult shore flies. These flies are attracted to both yellow and blue, but there is evidence to suggest that they are more attracted to blue.