You are here: Home1 / What’s your pest?2 / Mealybugs
Express post delivery to Western Australia may be delayed. Insects and mites will only be despatched to Western Australia on Mondays. Alternative shipping options are available. Contact us by phone (+61 7 4646 2628) or email before placing your order to arrange an alternative freight service. 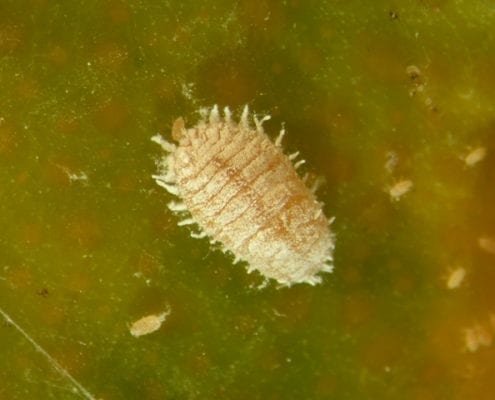 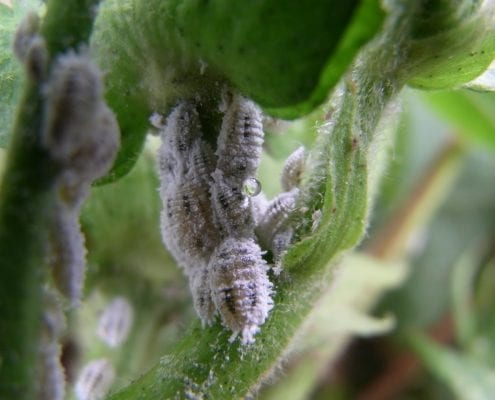 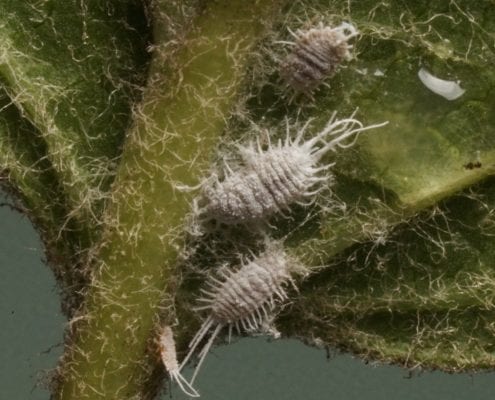 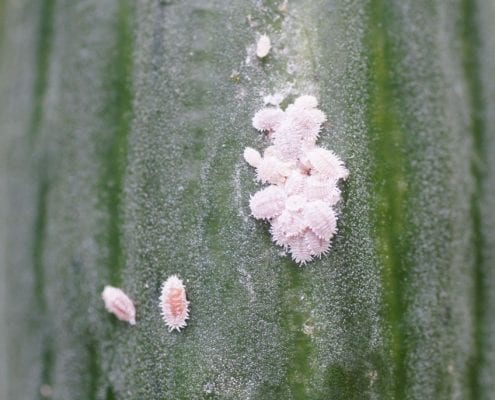 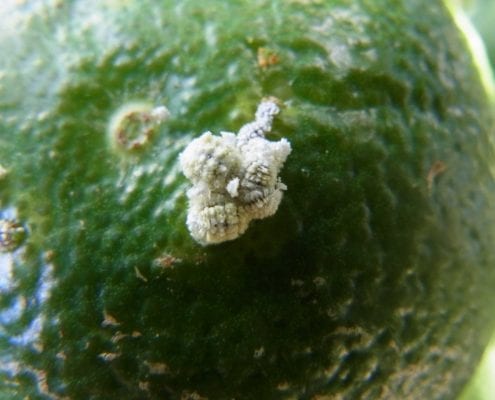 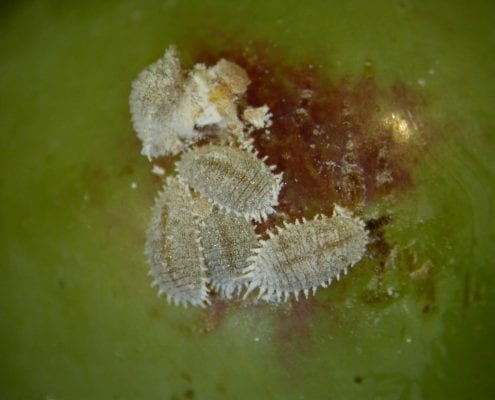 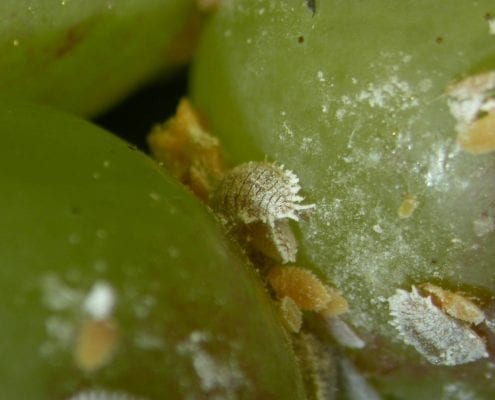 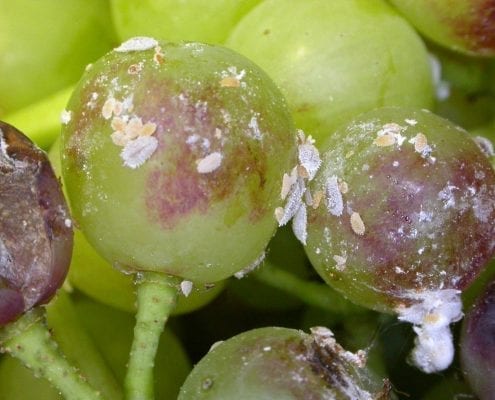 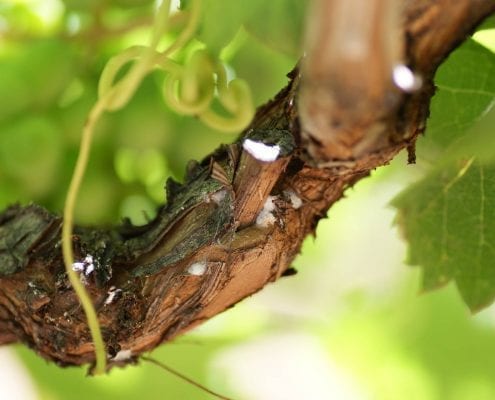 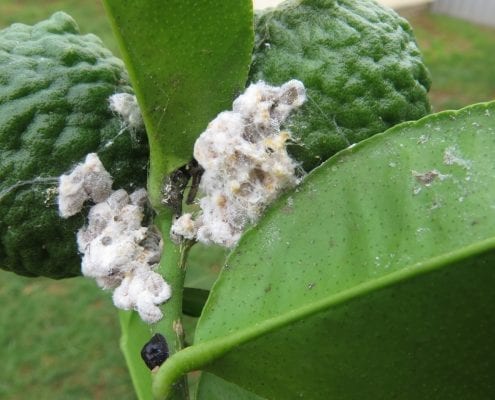 Mealybugs are sap sucking insects that feed on a wide range of plants. They are a large and diverse groups of insects, closely related to scale insects and aphids. Many species are pests of horticultural crops and ornamental plants. Their name is derived from the mealy secretion of waxy filaments they produce as a protective barrier. They feed by inserting their mouthparts directly into the plant, sucking up nutrients from the sap.

Mealybugs can rapidly build up in large numbers causing debilitation of the plant. They also produce large quantities of a sticky secretion called ‘honeydew’. This often allows the growth of unsightly fungi leading to a black coating called ‘sooty mould’.

Ants are often associated with mealybugs in a two-way relationship. The ants benefit by feeding on the honeydew produced and in return they protect the mealybugs from predators and parasites. Controlling or restricting access to ants can do a lot to reduce the abundance of these difficult pests.

Mealybugs are very difficult to control chemically. The reasons for this are manyfold and include:

Most mealybugs species (and there are very many of them) have effective biological control agents. If these can be encouraged or strategically released they can do an impressive job. Beneficial insects that help keep mealybug populations at low levels include various ladybird beetles, lacewings and specific wasp parasites.

The wasps can be extremely effective as they are highly mobile and efficient at seeking out their prey, but they are often very host specific. The ladybird beetles can do a great job of ‘cleaning up’ a population of mealybugs but require a higher population of the pest to establish and flourish. They may disappear when the levels drop below a certain level. Lacewings are general predators and will feed readily on mealybugs as well as several other important pests such as aphids, thrips and young caterpillars.

Other ways of managing mealybugs

If there are only a few mealybugs on valuable ornamental plants it may be possible to remove them physically by rubbing or washing. A cotton bud dipped in alcohol does a great job. Soap sprays and oil sprays can also help control mealybugs without the disruption that can be caused by toxic chemical sprays.
Root feeding mealybugs

There are mealybug species that spend most of their time in the soil where they may feed on plant roots. These are a real challenge as most beneficial insects find it difficult to access them here. Drenching with an insecticidal soap solution and keeping ants away are useful strategies in this case. 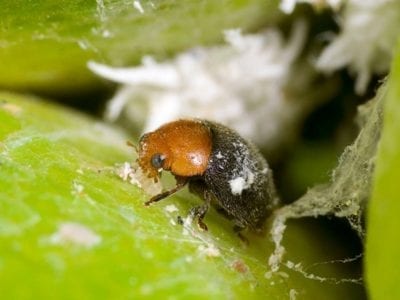 Cryptolaemus are Australian native ladybird beetles that feed voraciously on a range of mealybug species.  They are so effective that they have been introduced to many other countries in the world. 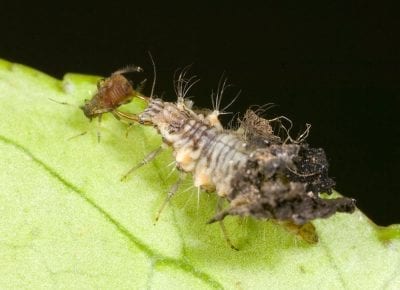 Lacewings are general predators that prey on many small insects.  They are often used to compliment Cryptolaemus when mealybugs populations are difficult to manage.